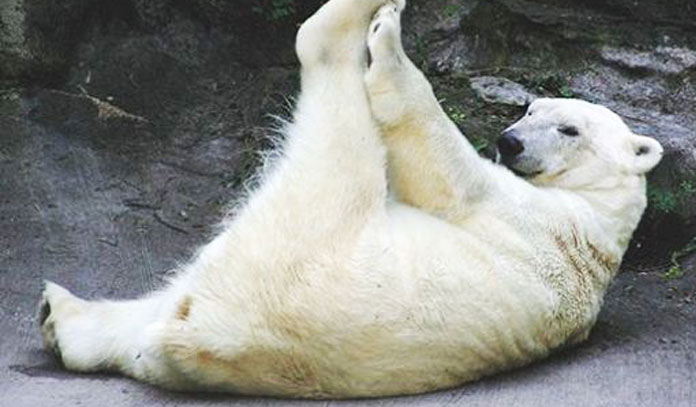 Those parents at AMPS will know that we have supported and funded one of two Polar Bears at the Johannesburg Zoo for some time now. Early today it was announced on the radio and brought to our attention that GeeBee (the Polar Bear) died on the 12th of January, Sunday at the age of 29 due to natural causes. At 29 years of age this is considered old for a polar bear so all in all she did pretty well for such an old bear. More information below (sourced from enca.com )

Geebee passed away on Sunday evening at the age of 29.

In a statement issued by the zoo, manager of veterinary services Doctor Katja Koeppel said Geebee began medical treatment for diarrhoea last week and she responded well to the treatment but after a few days rejected further medication.

“Early on Monday morning during routine checks we discovered that she had passed away. It is suspected this is due to natural causes relative to age.  At 29-years-old, polar bears are considered old for their species,” said Koeppel.

Geebee and Wang arrived at the Joburg Zoo in 1986. Geebee came from Canada and Wang is from Japan. The pair developed a strong bond over the last 30 years.

The zoo said Wang displays unusual behaviour and has been, to some extent, destructive and restless.

“Anticipated loss of appetite and constant pacing in his enclosure is expected as well.  Veterinary staff has assured the general public that he will be closely monitored to ensure his continued wellbeing due to his failing health as well,” read a statement from the zoo.

Joburg Zoo said it will not be replace Geebee, a decision influenced by Johannesburg’s weather conditions.

“Despite polar bears being highly adaptive, Johannesburg’s climatic conditions are not ideal for breeding purposes. Polar bears adapt really well to different conditions, however, will not breed in warmer climates as they require low temperatures to ovulate, so from a conservation perspective, replacing Geebee with another polar bear does not make sense,” said the zoo.

AMPS funded “Joshua” a baby chimpanzee from Johannesburg zoo as well a few years back. Sadly Joshua also passed away. Animals are a gift and we should cherish them. If you have the means to support a charity you must do so. The people who care for these animals need your help.